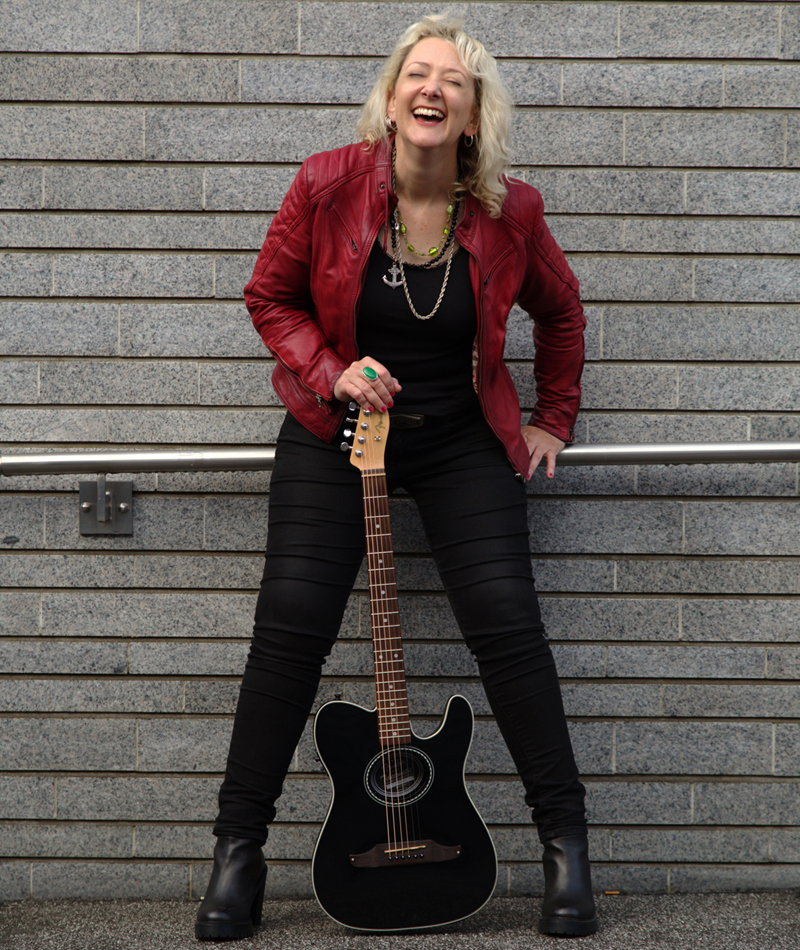 Ginger Wade – the Brooklyn blonde with a punk rock attitude and an oversized voice to match. Global nomad with an acoustic guitar, Ginger’s style spans blues to pop to rock and roll, from Poly Styrene to Janis Joplin and everything in between. Her songs deal with sex, obsession, lust and rage, condensed to two and half minutes each and drawn from the sometimes-bumpy road of her travels. Musical heroes? Iggy Pop, Patti as well as Bessie Smith, Aimee Mann, Debbie Harry, and oh so many more. Onstage or busking on the street, Ginger delivers originals and covers with a self-deprecating sense of humor that comes from not taking any of this too seriously.

Ginger studied classical and jazz piano until the day that she bought her first electric guitar to form a band with a pair of teenage girlfriends. "The Harlots" were active in the Riot-Grrrl scene and played in venues throughout New York City. Since then she has played in more bands than any of us can remember. At the moment, in addition to performing as a solo singer/songwriter (with or without band), Ginger also performs with these projects:

Singer/songwriter - Recordings from the living room 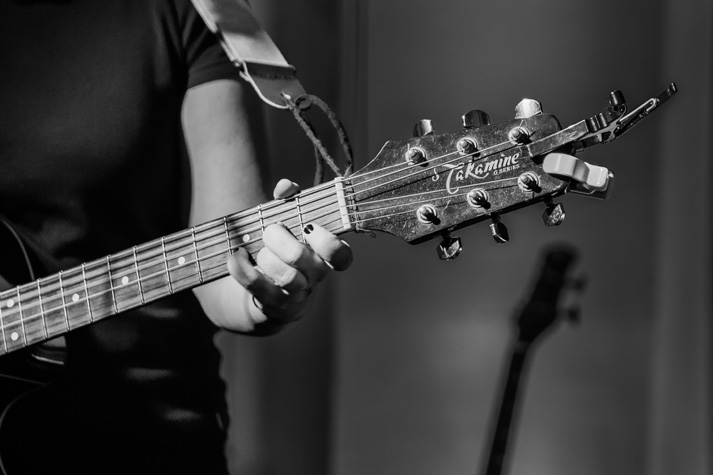 (Note - there seem to be some issues with sound / picture synchronization) 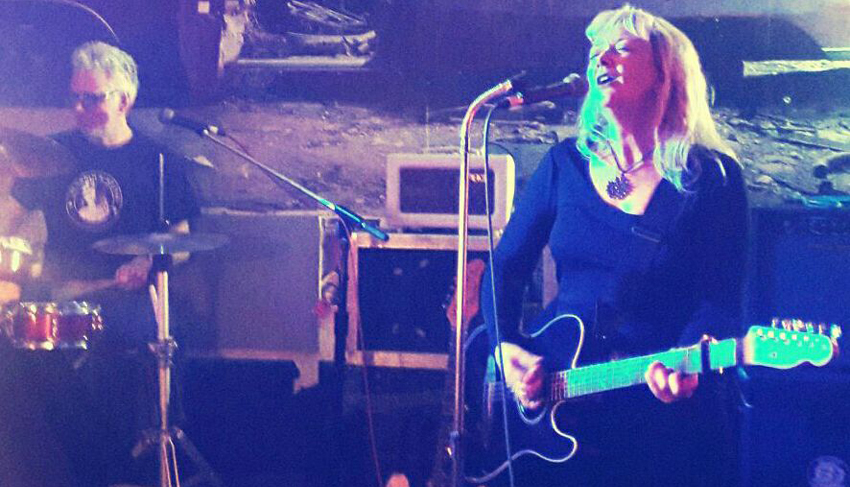 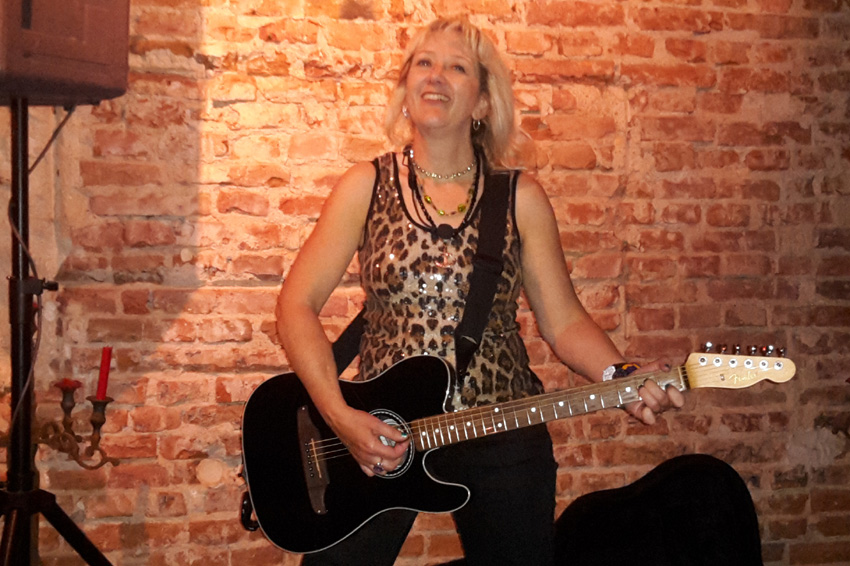 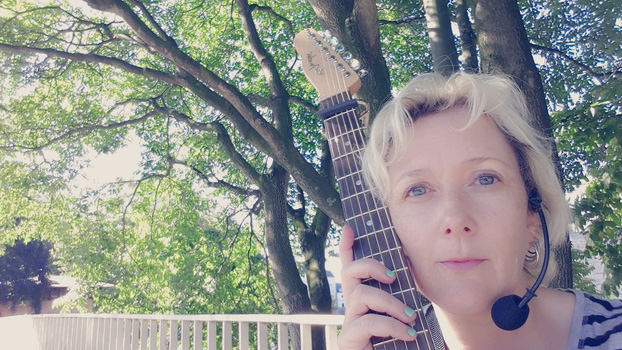 Click here for a video of a famous cover song: https://www.youtube.com/watch?v=AT-yfHB7Ry0&feature 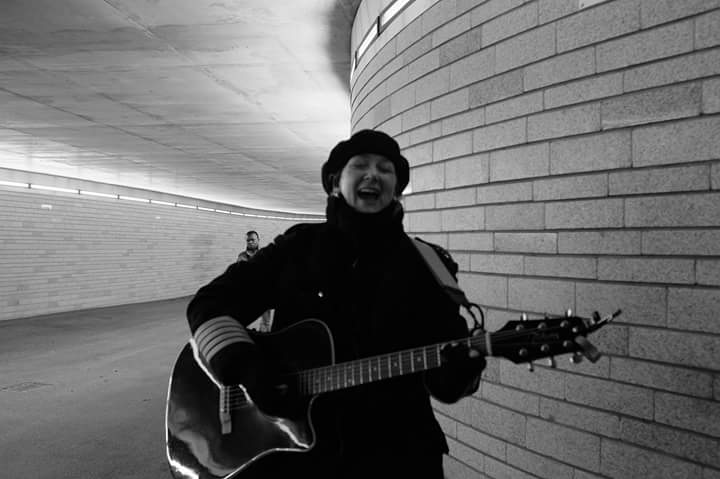 A four-minute interview about being a street musician in Hamburg (in German). 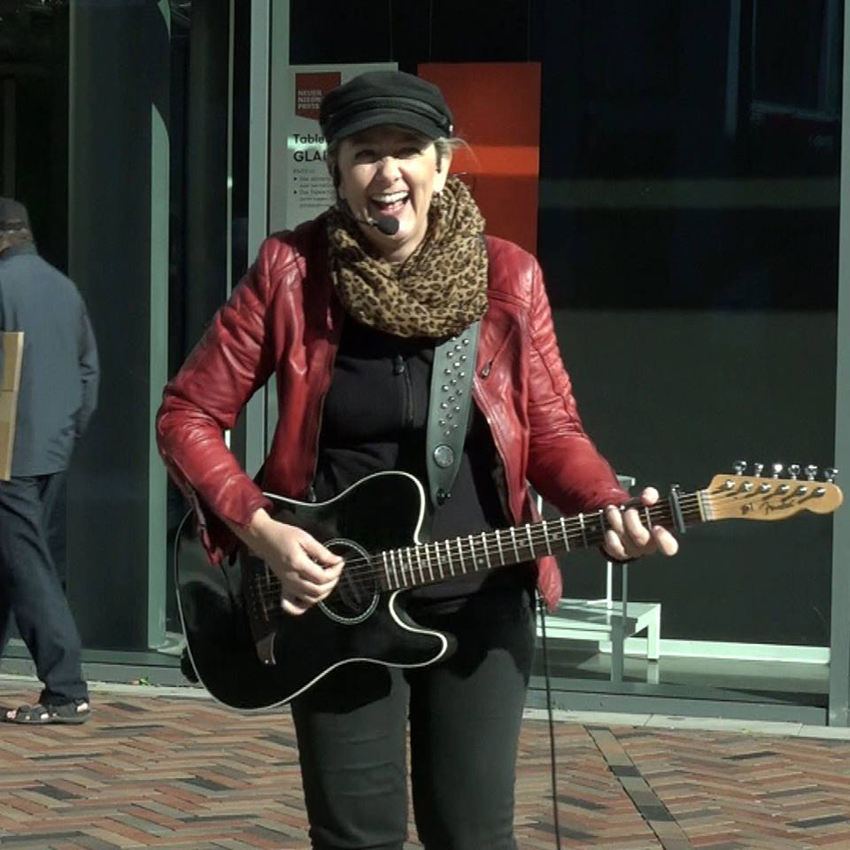